Taipei Ilan expressway project has the purpose to create a fast link between the north-west and the north-east part of Taiwan Island. Lot 3 includes mainly one tunnel, two viaducts, one flyover and one bridge.

The Pengshan Tunnel is made up of two tubes (east and west bound) with a total length of 7.6 km, connected by 8 pedestrian and 2 vehicular by-passes. Excavation carried out by Drill & Blast method from both east and west portals, totalling four working faces.

The flyover over the township of Pinglin is composed by 17 spans with a total length of 622 metres. Width varies from 11.6 to 22 metres. The 4 access ramps at the Pinglin Interchange, 12 spans in total, have been constructed by traditional scaffolding system. Width varies from 6.4 to 7.4 metres.

Bridge over Peishi River is composed by 4 spans for each bound with a length of 330 metres fro west bound and 317 metres for east bound respectively. Piers are rectangular hollow section type with 20 metres in average height. 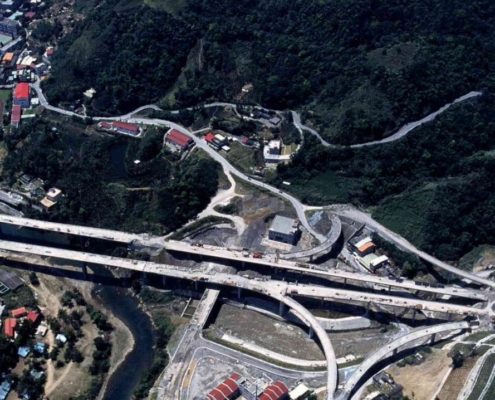 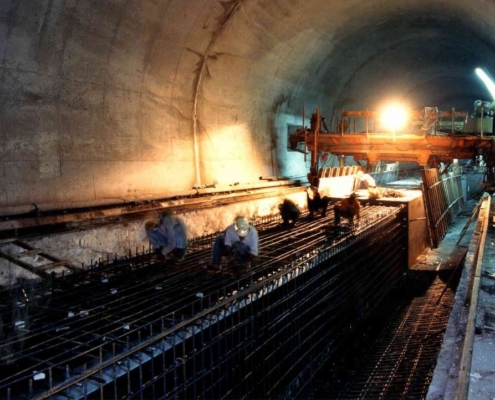 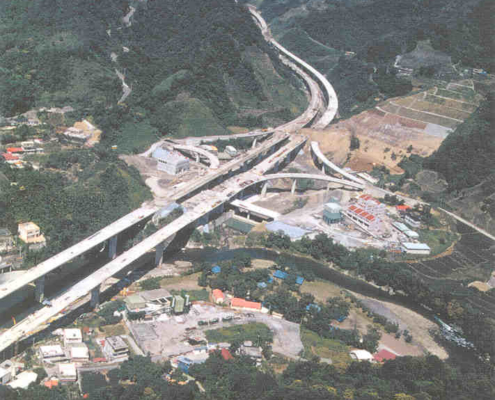 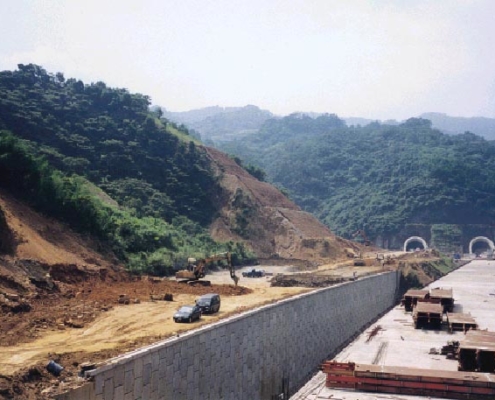