This project, which extends over approximately 4.4. km, involves the construction of Lot IV of Forlì East Ring Road, allowing for the direct connection of the two previously-built East Ring Road lots and the A14 toll booth.

More specifically, after a short stretch connecting it to the 1st lot, the initial part of the works develops over viaduct ‘Via Mattei’, allowing to run over both the Via Golfarelli-Via Mattei roundabout and the Via Balzella one.

Works then continue over embankments for 800 meters, with a box structure running over Via Masetti, and viaduct ‘Svincolo via Fermi’ overcoming the junction roundabout below.

From the latter roundabout, at the intersection between via Fermi and via Correcchio, stems a road connected to the local road system. 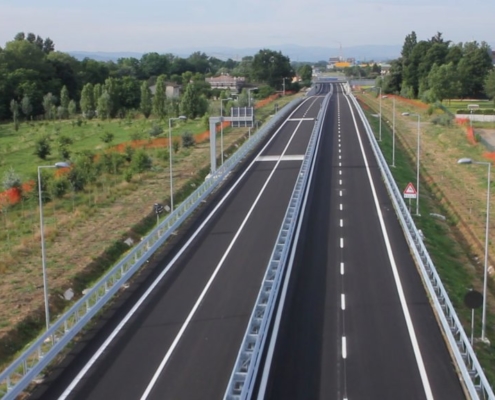