The bridge over the river El Harrach, in steel and concrete, has a total length of 139.20 m. and three spans (33-60-30 m.). Method of construction: incrementally launched bridge.

The other two works includes two independent works and adjacent to an existing structure:

– A rail work supporting the tramway, including a deck with two spans of 45 and 51 m.

– Doubling of an existing road structure with two spans of 43 and 52 m.

The steel works of both bridges were supplied by structural steel for the works was provided by Ged – Grandi Elementi Dimensionali Srl – a subsidiary of CMC, specializes in precast.

All works were completed before the scheduled contractual completion date. 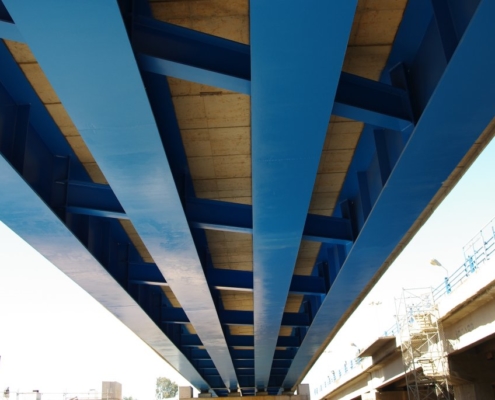